Some days it is nice to just sit in Second life.

Just hanging out in the house in Verbier listening to music and not creating a thing.

Do the trucking thing.

If the weather continues I am going to to get many transports done this weekend. EU truck simulator 2. I am driving all over Europa. Hauling cargo. It is a lot of fun.

Cant help I just love simulators and this one is really good. I drove a truck many years ago and it feels right. The graphics make driving a pure pleasure. I am having some fun.

As you can see the graphics is really good. It is a there feeling. Well spent a few Euros on Steam. It is 6.79 E during the holidays. And I just saw there are add ons.

One of my fav designerd in SL 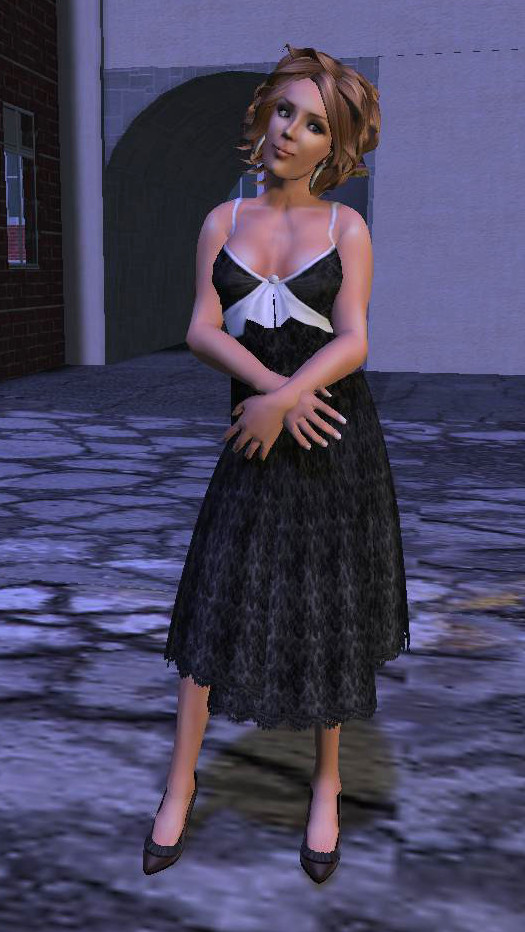 I always liked Blaze. Found this one in my inventory. Simple and stylish. So i will look great for another day.

Exploring route 12 in my truck or when Second life works.

Wanted to make a new try to drive around in SL with my truck and today everything was fine.

My truck script worked great and even sim borders worked. Not much falling thru earth or spinning around in the sky. Did not have to re rezz at all. A few times a sim crossing reset the script but it was just to put it in gear again and drive on.

My script have three gears and you move around in a updatable pace. You can steer around obstacles and keep on the right side of the road without any problems.

And the weather was nice as always.

I really enjoyed myself as I never have explored route 12 before. Some ugly builds but there are also some nice scenery. I think I try to build some more vehicles on this script. If you want to go fast it is not for you but then you probably just fly of the road anyway. This is for the explorer of fine SL roads.

Driving in Second life or scrap the physics engine.

I have made some experiments with connection a wheel and driving around in SL. My truck script works great for ordinary driving with the keyboard. Of course it lacks all feeling of driving a car or truck but it works and you can cross sim lines ok for the most of the time. But there is no way of connecting peripherals to the lsl scripts. I have tried many settings on the steering wheel none that actually work very well.

I have been using Test drive Unlimited 2 for a while. A driving sim and MMO game where you meet other people on the roads. Nice driving, competitions and stuff. It is a lot of fun. Yes it is a game and everything is on your computer so the game updates very smooth but there is still a lot of other people driving and you meet them in there cars driving around the island of Ibiza. I wish I could do that in SL. I would pay for it. I did buy theTDU2 on Steam.

The tech problems are to big of course I understand that. SL is old so what to do?

Maybe it is time to take out the physics. What I it used for? It cant run anything and it is on the servers. Physics should of course be in the viewer. Then you can set simple or real depending on how powerful computer you have and it is not lagging the servers. Sim crossing would not be affected. It could be sold as extra add on for trains, planes and cars and make LL some extra bucks or let developers write their own. The actual code computing a plane is just a few lines. The rest is interfacing.

I wonder how many developers are working on SL anymore. And if business are thinking up new ways to make money and make me able live in this world in the future?

Nothing been done for years on a lot of issues. If you want new development you have to check Opensim. I do some testing there next.

I have a account at There world but i never really explored it. http://www.there.com/

It is a nice little world that was closed for some years but now is run again.At the time i never really did any exploring so i have started out travelling in my jeep all over the place again. Lot of places i have never seen.

The physics engine is great and that means you can really do stuff with vehicles. I love the look of the avatars.

Maybe now when we have seen many virtual worlds There gets its chance again. It have a very clean look and runs on anything but the software have not been updated since Windows XP. Sorry to say. And I got the client running so and so on Linux too.  My hope is that it all goes in the public domain. This is a gem of software that deserves more. I would love to run a There world. The things you could do..

Just wanted to test the building tools and I think they are ok. I am afraid that all the complicated mesh stuff have made people reluctant to use Second life. Building for everyone.